TORONTO —
One of the province’s top doctors has explained how schools in Ontario will handle potential outbreaks of COVID-19 when classes resume in September.

Speaking at a news conference at Queen’s Park on Friday, associate chief medical officer of health Dr. Barbara Yaffe said that “quick, reliable” access to testing for the novel coronavirus will be one of the most important elements in rolling out the province’s back-to-school plans safely.

“If they go to school and they develop symptoms while at school, then teachers and the staff will be trained on how to isolate the child quickly, notify their caregiver if it’s a young child and possibly test them if there’s consent,” Yaffe said.

The comments come a day after the province unveiled its plan to reopen schools across Ontario, announcing that elementary school students and many high school students will return to the classroom full-time in September.

In her recommendations, Yaffe also suggested a host of other scenarios in which a school could experience an outbreak and how best to identify and contain the spread of infection.

For elementary schools, students will be with one cohort for the full day and enhanced health and safety protocols will be put in place.

Similarly, in secondary schools, designated boards will open on an adapted model, with class cohorts of approximately 15 students.

“We take the whole classroom, including the teacher and staff, and get them tested. And if they [the source of infection] were close contacts, a household, a close friend or people they were around a lot, we would be asking them to stay home, possibly the whole class depending on how close the class is,” she said. 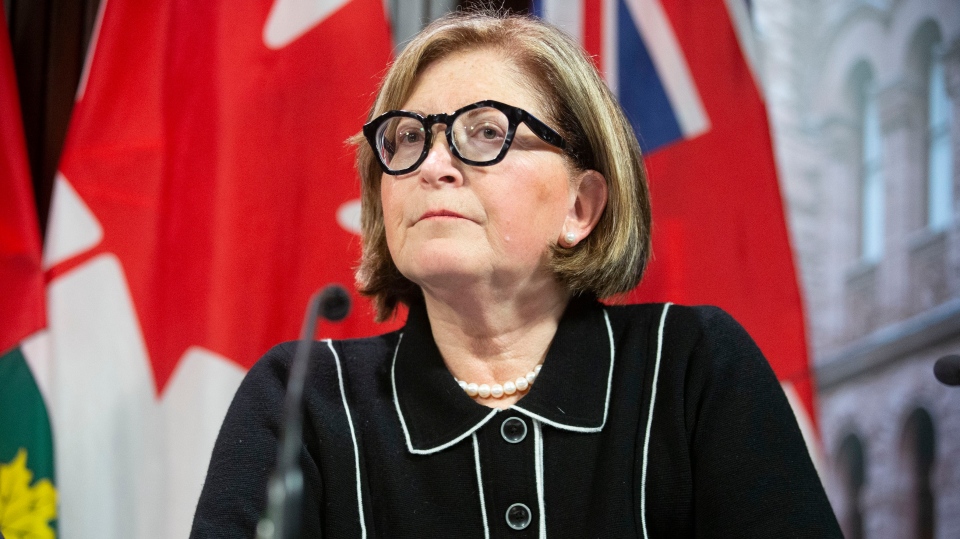 Yaffe said that if two cases were reported in the same classroom, the identification and containment strategy would be largely the same.

However, if two cases are reported in separate classes, the first question will be “are they linked to each other,” Yaffe said,

“They might be friends. They might be siblings in different grades,” she said, while adding that the key will be determining if they were infected inside or outside of the school.

“If we find they actually infected each other at school, then we’re looking at two classrooms and following them up.

“It would be extremely rare, in consultation with public health, that a whole school would need to be closed.”

In fact, reflecting on her own professional experience with the SARS outbreak in 2003 and H1N1 outbreak in 2009, Yaffe said there was “some panic” in the beginning with principals wanting to close school, but this is almost never required.

“Obviously, there could be circumstances if it’s widespread,” Yaffe said. “But I want to reassure people we will take every potential case very seriously, investigate them to make sure that contacts are identified and isolate and test to make sure people stay as healthy as possible.”

Yaffe underscored that the Ministry of Health and Ministry of Education have worked “very closely” on potential outbreak scenarios while saying that this is not the beginning of a relationship between the new organizations, but rather “building on a past relationship.

“COVID, of course, can be a serious infection which is causing a lot of concern among parents so that’s why we’re going the extra mile.”

With files from Sean Davidson